Whenever there is a discussion about Linux, we think about black shell based interface and thought of using Linux ends. I know, you might be thinking why this I started with this negative thought as many of us knows that Linux is no more just a black shell interface. However, there are still many of us who drops the idea of using Linux just because of the myth that it is a black shell.

For all of you, who thinks that Linux is a not user-friendly, I am writing this just for you folks. Linux is also available for your desktop or laptop to provide a very friendly Graphical user interface (GUI). With this GUI, Linux is still serving its best to use most of the computer hardware.

Let’s explore what Linux has for you in Graphical Interface 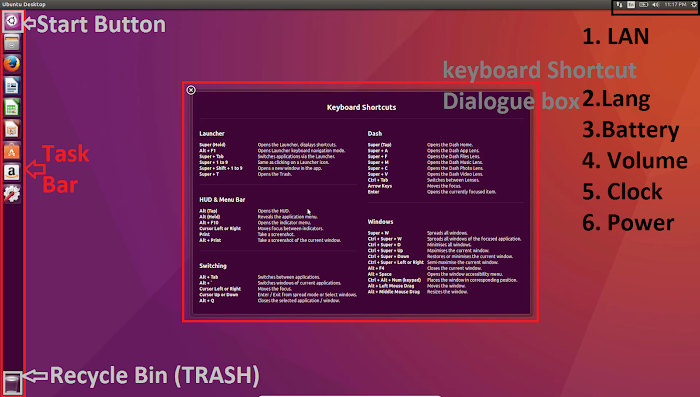 In the left side of the screen, you will find task bar having a button on top which you can relate to Windows Start button. This button is accompanied with icons of applications; you have locked on the taskbar for applications you have installed on your Linux. At the bottom of the taskbar, Ubuntu has Trash which is similar to “Recycle Bin” of Windows.

Rest is Desktop Wallpaper with a bar at the top which have a few more utility icons like network connection, Language, Battery if you are using it on Laptop, Volume Control and at last a more menu based button.

This button hides Log Out, Shutdown, Suspend button, help and about your operating system.

With this desktop, you can have widely used browsers like Firefox, Google Chrome. If you use computer system for writing, it has elegant but free Office suite. If you are a graphic designer, then Linux can be a treat for you, it has gimp which can work like proprietor designing software Photoshop, Illustrator.

This is just one variant of Linux Desktop edition. You can have any other Linux like Fedora for more animated GUI and same reliability of Linux. 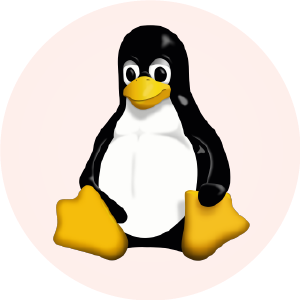